Music From The Ether: Original Works For Theremin (mode76) 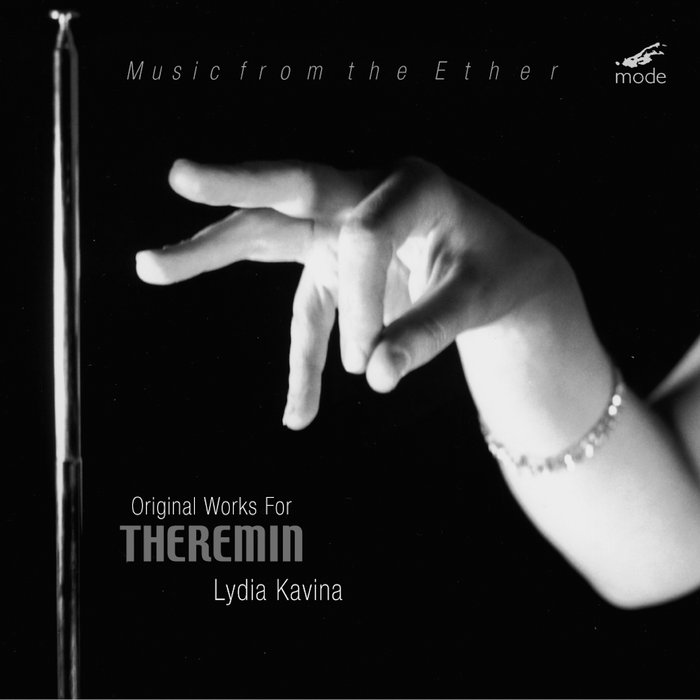 As her hands dance around the instrument's antennas, Lydia Kavina proves the theremin is no mere producer of Hollywood sound effects. One of the first attempts to unite music and scientific technology in the 20th century, the theremin is considered to be the ancestor of modern electronic musical instruments. It has been hailed as the "instrument of the future" (according to Cage, Varèse, Grainger and others) to Hollywood sound effect (played in soundtracks to Spellbound, The Day the Earth Stood Still, The Lost Weekend, etc.) to rock-and-roll instrument (used by The Beach Boys, Led Zeppelin, Portishead and others).

Russian theremin virtuoso Kavina presents the first release EVER dedicated solely to original compositions for the instrument-spanning the "golden age" of the theremin from its invention in the 1920s to contemporary works.

This disc is full of discoveries, including Martinu's Fantasia, and Grainger's graphically notated Free Music #1, along with other "period" works by Schillinger (known for his writings on music and as a guru to composers from Gershwin to Earle Brown) and Isidor Achron (the accompanist to Heifetz). Modern works are represented by Kavina herself, Brazilian Jorge Antunes (with electronic tape) and Russian Vladimir Komarov, whose work also incorporates the inventor's voice and a rendition of Glinka's infamous The Lark, which Theremin had performed for Lenin to demonstrate the instrument.

Kavina is today's leading thereminist. The granddaughter of Leon Theremin's first cousin, she was the inventor's last protégée. She began studying the instrument with him at the age of 9, and was concertizing by age 14. She has appeared in Howard Shore's soundtracks to eXistenZ and the Oscar-winning movie Ed Wood, and has performed in the Tom Waits/Robert Wilson collaborations Alice and The Black Rider. Kavina now serves on the lecture staff of The Glinka Museum and is affiliated with the Theremin Center, both in Moscow.